A Victory for Transparency in Equity, Diversity, and Inclusion Initiatives in the Glastonbury Public Schools

In the summer of 2020 it was announced the Glastonbury Public School system would oversee the formation of an Equity, Diversity, and Inclusion Committee. Stephen Michaels, father of four GPS students, learned of its pending impact to his son’s kindergarten class when he met one-on-one via Zoom with his son’s teacher — a member of the new EDI Committee — and heard her enthusiastic plans to include the book The World Needs More Purple People  in her curriculum. Her stated intention was to focus on the book’s message of acceptance, and not issues of race per se. While Stephen left it at that, and continued to stay in close touch with his sons’ classroom experiences, he also made a mental note that this committee has the potential to significantly impact the curriculum in Glastonbury classrooms and he felt it would be important to stay plugged into developments.

He learned all the volunteer slots on the Committee had been filled, and the only opportunity to hear more about their efforts was through a special report given by dual member David Peniston, at Board of Education meetings. Those reports indicated EDI Committee influence on school programs, reading selections, teacher training, and hiring objectives. When he asked questions looking for more details, Stephen received little meaningful response, so the best recourse seemed to be attending actual EDI Committee meetings. And that request was denied: this “administrative committee” was not open to the public. Really? An “administrative committee” with its own page on the GPS website? An official committee not open to the public?

Not one to take no for an answer, Stephen pursued more information on the legal standing of this new committee and confirmed with the assistance of an attorney that it meets the definition of an “agency” under Connecticut’s 2012 Freedom of Information Act, and is required to be available to the public. Given this clarification, Stephen again requested the opportunity to attend, and was again denied. It was now October, 2021, and Stephen filed an appeal with the Connecticut FoI Commission, asking that they review his claim that the EDI Committee meets the state’s definition of a “public agency” and its meetings should therefore be open to the public. On December 8, 2021 he received notice that the issue was placed on the Commission’s docket for a hearing.

That notice may have prompted action, as 5 days later, Dave Peniston announced that the newly renamed EDI “Council” would seek ways to be open to the public. However, a month later, the EDI Council was still not public, and the hearing was next up on the docket. Stephen told the FoI Ombudsman he would drop the appeal if the agency was made public, otherwise he had no choice but to move forward with the hearing. Within 24 hours, the February 3rd meeting at 4:30 pm was announced and posted on the EDI web page with a link for public attendance. Stephen promptly withdrew the appeal.

This is an important achievement. The additional transparency benefits everyone interested to understand inputs to the decision making in Glastonbury schools.  Stakeholders will have the opportunity to hear the discussion and weigh in with questions and observations. What could be more natural for meeting the objectives of equity, diversity, and inclusion.  Thank you, Stephen! 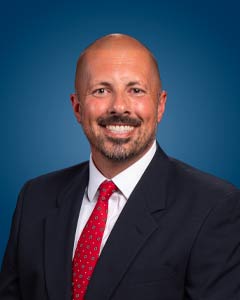