I hope this message finds everyone well!  I proudly announce my candidacy for the Glastonbury Town Council. Here is a little about me, and why I’m seeking town office.

Over the last couple years I have seen what appears and feels to be an insurmountable divide growing between Republicans and Democrats.  I have heard stories of family members as well as friends argue and stop speaking to each other, sometimes over issues that are trumpeted in the news to the point of no escape.  I too, have been guilty at times in regards to this.  We need to come together as friends and family at the end of the day.

Crime is on the rise, and sadly it’s violent crime that hurts and kills people as we townies have been seeing recently, both in our back yards and in surrounding small communities like ours.  It needs to stop.  Not tomorrow, not a year from now, but right now. This is a town issue, not a Democrat or Republican issue. Town residents have to be the eyes and ears watching out for each other.  I am a police supervisor and have been policing going on 17 years.  Juveniles committing violent crimes are no joke.  I will work tirelessly at the local level and with state partners to create change in Glastonbury to curb crime.  That’s a promise and I don’t make them lightly.  I’m loud when I need to be and will have no problem demanding solutions on behalf of the folks who live here. As a resident of this town if you have a problem that needs addressing, I’ll help address it.  I’m an easy man to find.

My family has been farming in Glastonbury since 1903. I grew up in a different Glastonbury and my heart longs for it.  It wasn’t that many years ago, but sometimes it can feel like a century. Glastonbury never had individuals stepping into the roadway to yell at and scare motorists.  We had the Apple Fest on Hebron Avenue and then Hubbard Green.   We had parades where you could still toss candy to the kids watching, and haunted houses at Academy School.  We never had ambulances blocked while responding to emergency calls to help people, by juveniles who know more privilege than the individuals they complain about.  Or people calling for the defunding of the same police they call for help in an emergency.

Cotton Hollow was safe to walk your dog, or hike with your friends. The parking lot was filled with mostly bicycles and an ice cream truck. There was never garbage, needles, or graffiti on the rocks.  We didn’t have drive by shootings at the hotels in Glastonbury Boulevard, or folks being shot at in their own driveways;  heck there weren’t even hotels here.  “Goodtime Charlie’s” was my favorite spot to eat.  Today as residents of my beloved town we have to fill out surveys and allocate tax money for studies to determine if Glastonbury as a town is racist.  What is wrong with us as a community to allow the nation’s backwards politics, and crazy news channels to poison us against each other?  Glastonbury isn’t a racist town;  it’s full of some of the most generous and giving families in the state!

To the folks who have stuck it out and read all the way to this point, I guess I want an “older way of life” back in Glastonbury.  I want the town to stay a step above the nonsense that I feel everyone has been getting sucked into nationally.  I want us safe, and I want us fiscally sound.  I’m no politician;  you will never catch me in a suit, and a handshake means a lot to me.  I’m a working man and will have my suspenders on if elected.  If I’m not elected, I still will love Glastonbury  —   it is, and always will be my home.   I’ll just be able to complain about things I don’t care for guilt free. 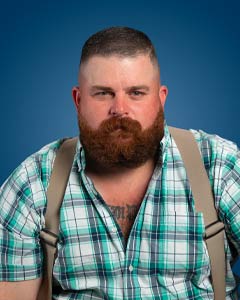