“Last night, Connecticut heard loud and clear that the people of the 36th District, and voters across the state, are tired of left-wing Democrat’s unchecked power and mismanagement.

“I would like to personally congratulate Ryan Fazio on a well-earned victory in a State Senate District that Joe Biden carried by 25% in the 2020 Election. Along with his team, we ran a vigorous campaign with a well-crafted message that Connecticut simply needs and deserves to do better. We cannot afford to continue the same failed policies that have hurt residents and taxpayers for so long. The people of the 36th district will continue to benefit from their wise decision to send Ryan to represent them in the Connecticut State Senate. On behalf of the Connecticut Republicans, I look forward to seeing the great things Senator-Elect Fazio will accomplish in Hartford.

I also want to thank the hundreds of volunteers across the state that helped get our message out to voters. In my first election since becoming Chairman, I was overjoyed to see the Republican community throughout our state come together to support Ryan. Through their efforts, we were able to reach tens of thousands of voters. We couldn’t have won without them.

“Last night’s win was a victory not only for our State Republican Party and for the 36th District, but for the citizens of Connecticut who can look forward to the strong leadership that Senator-elect Ryan Fazio will bring to Hartford. 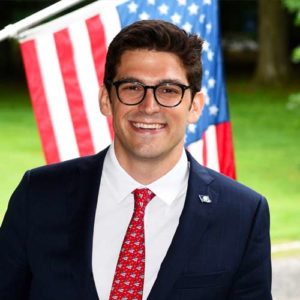